Indulge in a cultural extravaganza at the town of Alotau

1. Why Alotau Is famous for tourist Place ?

One achieves ultimate satisfaction for the mind and soul when one gets complete peace and good space. Unfortunately, in our daily lives, it is highly impossible for those two integral parts of us to attain that state. Travelling rejuvenates the heart and brain especially to places free from the hustle-bustle and the maddening crowd.

Virgin beaches and islands come to our mind whenever we think about untouched places. One such unearthed gem is Alotau which is located on the list of most secluded yet beautiful places on the world. The pristine beauty of nature added with the cultural touch will make your visit to this place a worth coming again one.

2. Geographical description & the beauty Of Alotau.

Alotau is located on the southeast part of the island nation of Papua New Guinea. This town is the capital of the Milne Bay province, situated at the northern end of the provincial boundary. The population of this town is about 16000, and it is the 15th largest city in the country. “Pacific ring of fire” houses the country which is a point of collision of several tectonic plates.

This means that this region is prone to several volcanoes, earthquakes and other seismic activities like tsunamis. Lush rain forests surround this region which makes inland transportation a very difficult task. Walking is the best mode of transportation in this place.

The climate experienced here is tropical one with harsh summers and wet winters.Alotau is one of the most unexplored places in the country in which it is located too is away from the radar of the travel map of the world. This place offers several locations which are as rich as the internationally acclaimed locations around the world.

Also, the heritage of this place and the people are still existent as it was in the older days. The people still use traditional methods of welcoming, cooking, dressing and celebrating an occasion. Due to the on- arrival of sophisticated technology, these people still follow traditional customs which will enthrall you for sure.

This place is worth visiting especially for the unadulterated traditions followed by the people.Nowadays this place is getting prominence amongst the tourists who want to enthrall in totally offbeat locations.

Origin of this name: Alotau means “Beautiful Bay” in the Suau language. Suau language is the local language of the people living on this island.

This Island didn’t have a significant historical record until the World War 2. Before that, this was an old fashioned, sleepy little town with few activities of gold mining and by missionaries. The first major establishment was a coconut grove, and from then this city gathered steam. The resident describes the region as the “Pearl of the Pacific”.

During the Second World War, initially, the Japanese occupied this region and the allied forces captured this region by defeating the Japanese. They converted this quaint town into a huge military base comprising of base camps, enormous airstrips, repair base, radar center, and patrol boat base and so on.

The allied forces built the largest structure ever built on Papua New Guinea, the cold storage with a whopping area of 120000 square feet used for storing cola and ice-cream for the United States forces.These military activities took a toll on the lives of the people residing here.

People had a tough time during those days because the invading forces razed the villages and demolished the buildings. This place is the venue of the annual forum for Australian and Papua New Guinea ministers.

Top 5 Things to do in Alotau

Given here are the directions to reach the town from the capital city of Papua New Guinea which is Port Moresby. Since the country is poor at inland transportation, air and water is the only way to reach this place. The airport that is present in Port Moresby is Jacksons International Airport, and this is about 8 kilometers away from the city.

This airport is well accessed from places like Brisbane (Australia), Manila (Philippines). From here flights operate to Alotau, whose airport name is Gurney Airport named in the memory of the Royal Australian Air force squadron leader Charles Raymond Gurney who was killed here during the Second World War.

Air Papua New Guinea or by Air Niugini operate the flights out here. The time taken to travel between these two places is about 1 hour and 15 minutes maximum, and the cost that incurs is rough $250.

Another way is by sea. Though most of the people prefer air travel due to the travel time taken.The comfort factor as many people find seas to be uncomfortable and nauseating due to its turbulent nature, traveling by sea is truly an unusual view if you want to see the mountainous and canopy surrounded terrain and if you are okay with the roughness that the sea provides.

Cruises from the port of Moresby are available, and it may cost roughly about the same price as the airplane charges.

The best time to visit this place is during the dry season. Dry season or the summer, in this place starts from April onwards and extends until October. This time will be the best time since there will be less humidity when compared to the wet season which ranges from mid- November to March.

So you can enjoy the beaches and the town without worrying about the risk of infestation. The month of January is also considered to be a good time to visit this place as the effect of thunderstorms adds a beauty factor to this location. On the whole, you will get a fantastic time visiting this place anytime you visit.

1. Papua New Guinea, on the whole, is very under developed country regarding lifestyle as well as infrastructure so one must be ready to face any crisis prevailing over that situation.

2.Since dense forests surround the region, stay away from denser areas and take necessary preventive measures to avoid infestation.

3.Take a mosquito repellent with you as these areas are prone to malaria.

4.Contact the embassy of your country before planning over there regarding the situation over there to stay safe.

5.Contact your hotel management to arrange trips as you may be a victim of cheating. 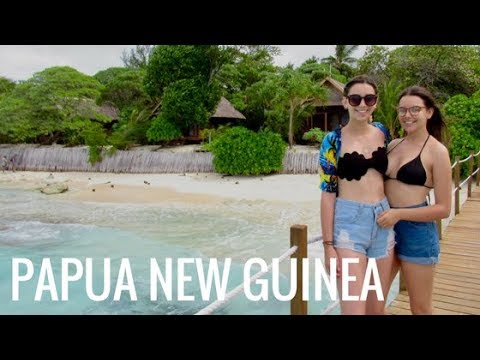 Kuakata – Daughter of the sea in the east of Bangladesh.

Saint Martin Bangladesh, the only coral island of Bangladesh.

Why Sepik River a Global Phenomenon in Tourism?

Top Things to do in Tabubil that you don’t want to miss!

Kimbe: The paradise of Coral reefs in the South Pacific region.

other nearby things to do

Vinh, Vietnam- Why are people talking so much about Vinh these days?

Ninh Binh, Love country sides? This is the best in the business.

Cai Be (Tian Giang Province) – The Beauty Of Floating Market.

Dordrecht, the heart of Holland. || TheTouristPlace.com

Raniban is the hill running along the side of the Phewa lake.

Tilburg is as already stated the sixth largest city in the Netherlands.

Why is everybody talking about Tanah Rata these days?

Bichanakandi,new tourist destination at the boundary of Sylhet.

Raniban is the hill running along the side of the Phewa lake.

Hundred islands national park- The best place to visit in the Philippines .

Laoag – A Magic vacation in the City of the Light. || TheTouristPlace.com

Sarangkot is a tourist spot famous for its sunrise view.

Bosaso: One place that you need to visit on your next vacation!

for the latest tips and deals,sign up for our free newsletter